Who can say? There is no way to contact these Bribery-Free Good Parents. They are all very busy explaining to Toddlers why the Good Parents need at least one hand and a small amount of quiet in order to make a phone call oh never mind the office closed hours ago.

Child Bribery is the reason that popsicles EXIST. I make popsicles so I can say, ‘hey, do you want a popsicle’ and Babystar will say ‘obviously’ and I have about four minutes to load the dishwasher or change my tampon unassisted or make a dentist appointment.

I don’t know what I will offer when she starts refusing popsicles. Twenty dollar bills?

But here’s the thing. Or, at least, here is the thing that I tell myself but is probably not true at all because Toddlers are wily af. Babystar has no clue that she is being bribed. She just thinks mommy is really nice and sometimes gives her popsicles along with a little personal space to eat them and drip them on the floor if that is her choice.

Boom. Mom of the year.

Babystar loves her sister and she loves going bye-bye (mostly) but everyone has limits. And of course she wants to touch everything in Home Goods and RUN SO FAST through Target’s aisles because duh. She is also learning sequences, and she responds really well to ‘first this, then this’. I can say first we change your diaper, then we go to the park. Or first lunch, then diaper, then park. So I always made the third thing fun. First we return sheets at Target, then we buy hangers at Home Goods, then we go to the splash park. First we get dorm snacks at Trader Joe’s, then we buy storage bins at Target, then we have a picnic with the airplanes. First Ikea, then Target (ALWAYS Target), then we can pick out a toy at Home Goods (while the Teenager decides on the absolutely perfect throw pillow).

Home Goods has the BEST toys, y’all. They almost always have discounted Melissa & Doug toys. And Green Toys. And books. There is only one small Toy Aisle so Babystar’s choices are limited (good) but the inventory is constantly changing so it is a new toy store every time (better). I am a huge fan.

During my three desperate ‘you can pick any toy’ days, I was pretty willing to buy whichever toy she chose. The most expensive thing there is usually still under thirty bucks.

The first Toy Bribe Day, Babystar chose Green Toys Sports Boats. There were two on the shelf; one was blue and one was orange. And they both had cool Duck Captains. Babystar could not choose a color, so I bought both. They were $5.99 each, and they are normally $11.99, so one was basically free, right? Isn’t that how math works? (I know. Shhh.) She loves them and plays with them every night during her bath. 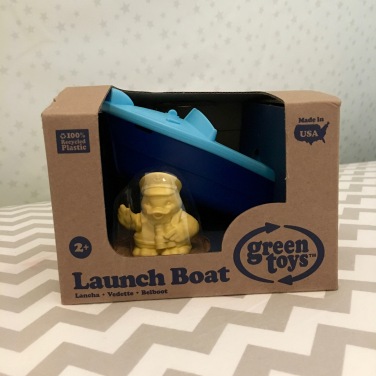 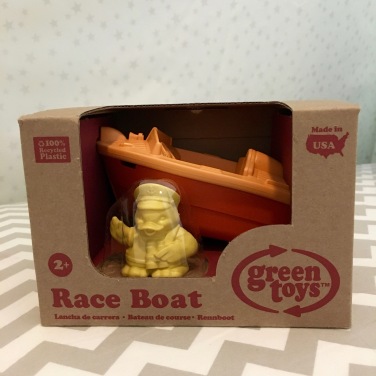 The next Toy Bribe Day, Babystar chose a Melissa & Doug felt food sandwich set ($12.99). It is pretty sweet. Pretend food is apparently ALL THE RAGE in Babystar’s world right now. (I eat fake corn and take bites of fake ketchup several times a day.) So it is really strange to me that she has not even asked about the sandwich set since we brought it home. It is sitting in the top of her closet waiting for a rainy day (proverbial or actual) or perhaps Christmas.

The blocks are meant to be a little town or something but Babystar loves to build a TOWER SO TALL TO THE SKY so she plays with them a bit different than intended. (Whatever; her blocks, her tower, her life.) 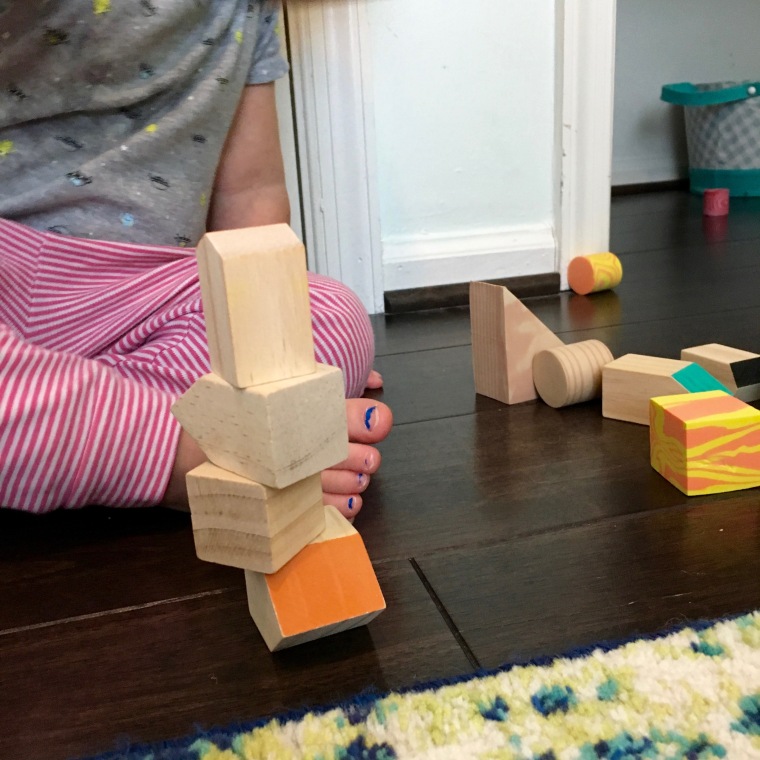 And oh yeah, we all got pedicures before taking the Teenager to college. Babystar’s blue toes cost $10.

MAYDAY MAYDAY: Do you use Child Bribery to make your life easier? What form? Does it work? (I’m clearly soliciting new plans, if you couldn’t tell.)