Have any of you ever been to the Children’s Museum of Richmond?!?

It has EVERYTHING. A scarf ballet, a fully stocked art studio, a cow that you can milk (but don’t drink it), a diner with all the (fake) food you can eat, an actual ambulance to play in, an indoor carousel, and a Wegman’s. And that isn’t even half of the cool stuff at the Children’s Museum of Richmond. This place is literally the best children’s museum I have ever seen. 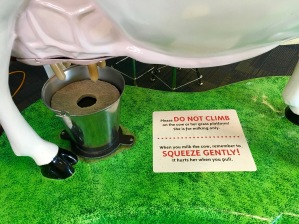 And it is right down the street from my oldest daughter’s college. We bought the $180 yearly membership (plus additional adult) so we have a fun place for Babystar to play on visits. She has never gotten bored here. The single downside is that she never wants to leave when they close at 5pm. We have been a few times now and we haven’t even played with everything. On our most recent visit, Babystar mostly dug in the rubber sand for dinosaur bones and then cooked her sister and I a very hearty meal.

Have you ever had ketchup in your coffee? I highly recommend it.

The visit before, we spent a lot of time in the art studio making masks. Another time, she did water experiments for an hour at the super awesome water table. (I totally brought about five extra shirts last Friday and she didn’t even LOOK at the water table. Of course.) 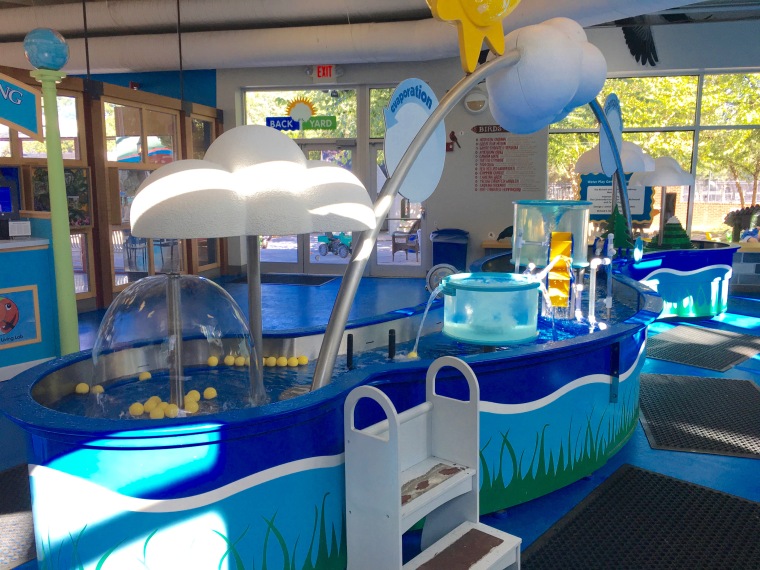 There are also locations in Short Pump, Chesterfield, and Fredericksburg. We may check them out sometime as they are included in our membership. But the nice lady that sold us the membership said that those locations are not as big. And I am certain that none of them are five minutes from any of my children’s colleges. If we do go, I will report back.

Regular admission is $9/person. (Babies under one are free.) We only paid the regular admission once, actually. Then we did the math and realized that we should just buy a membership. So far, we have gone to the museum every time we visit Richmond. Since at least three of us (Babystar, the college girl, and whoever is driving) visit each time, the membership will pay for itself shortly.

Like many children’s museums that I have seen, this one has a lot of different areas to play, and each area is sponsored by a local or regional business. The main difference is that THIS museum has SO MANY areas to play. 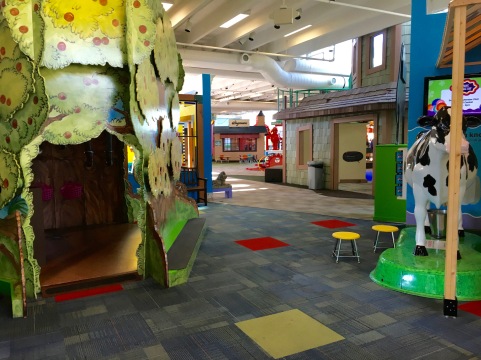 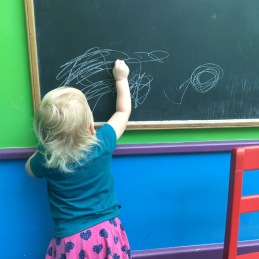 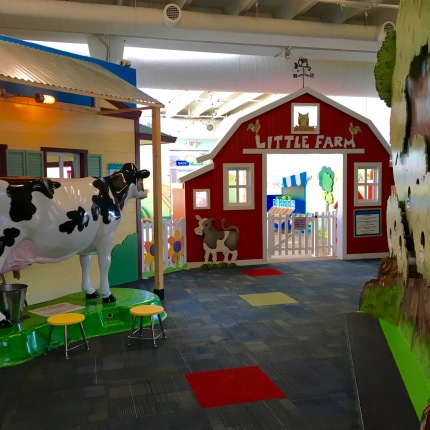 CMoR is awesome and we love it. Go there. 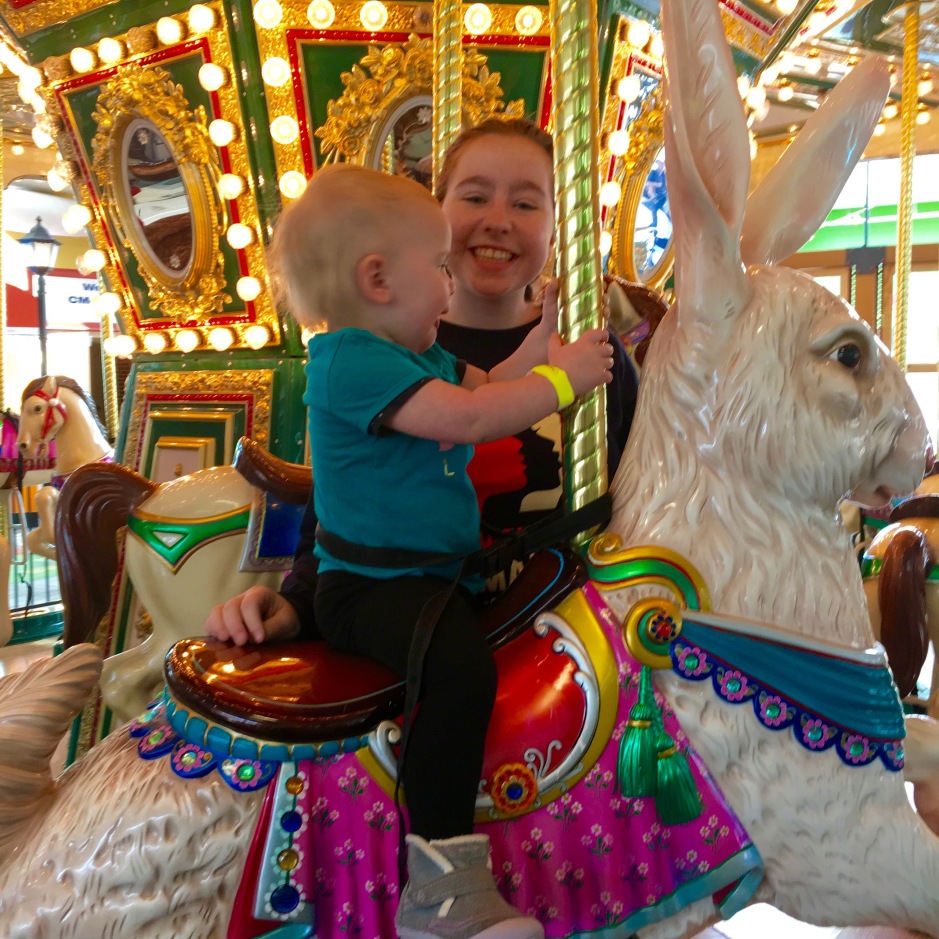 Last Saturday was ‘Admitted Students Day’ at VCU in Richmond, and the Teenager is one of those admitted students. We woke up before the sun to drive down and check out the school. The Teenager has big decisions coming soon, but shhhhh, she doesn’t like to talk about it.

(Side note: Since I have been paying attention, I have noticed that literally every adult asks every college senior they meet if they know where they plan to go to college. Poor kids.)

So, we went to VCU. VCU is cool. Babystar hung out in the Tula for most of the walking tour bits. We all got free lunch at Chick-fil-A (thanks, VCU!) but had to pay $2.88 extra for Babystar. Pretty good deal.

(OMG, Babystar accidentally drank some of my husband’s lemonade instead of her water and then got obsessed. She cannot say ‘lemonade’ but she tries and it sounds like ‘ell-mell-mleh’ and her tongue literally turns upside down in her mouth and it is my new favorite thing. #favoritethings)

After college-ing it up, we did a 180 and went to the Children’s Museum of Richmond to let the toddler run out her wiggles. That place rocks, btw! There are a bunch of different areas all sponsored by local (or regional, I guess) businesses. There was a tiny Wegman’s play grocery store and a kid-sized play Silver Diner and a cool water table area and a tv studio and a stage and a reading room and a separate giant toddler area and and and we didn’t even have time to see everything. Legit cool. If the Teenager decides on VCU, we will definitely buy a family membership there. (No pressure, Teenager.) $30 after AAA discount plus a carousel ride.

On the way out (we only left because they closed), I bought Babystar some cool Melissa and  Doug activity books. Except they aren’t really books. I bought some paint with water activities and reusable sticker scenes. They were $4.49 each, totaling $24.13 with tax. So far we have played with the puffy barn scene stickers and she is OBSESSED. We also did one of the Paint with Water pages and it was a huge hit. (I did one too — it’s super fun!)

We were completely exhausted, but still hungry, and we can never leave Richmond without stopping at our favorite restaurant, Lucy’s. This is not the kind of place that has a kid’s menu, and it’s not really for kids. I mean, there’s no strippers or anything, but also their single high chair is from, like, 1973. (But luckily, they let us come eat anyway.) Thank you, Jason Lucy, for making a super yummy grilled cheese sandwich for Babystar. She totally ate one bite and lots of french fries. ($5.) And she loves the homemade ice cream on homemade cookie sandwiches. And omg so do I. ($3.)

The sun was setting as we finished dinner and headed home. So pretty. 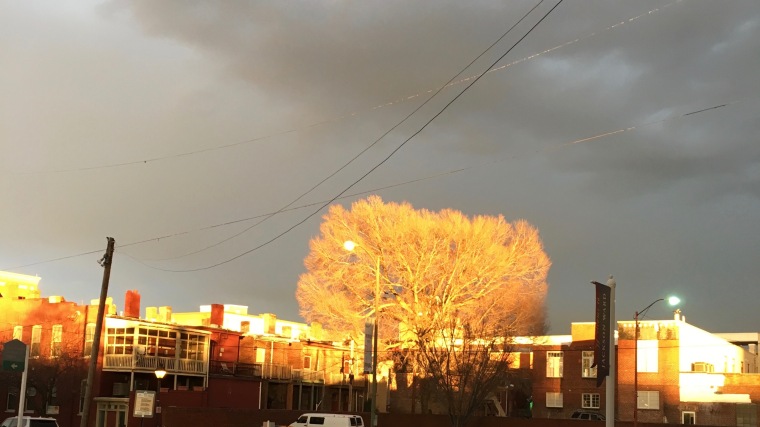 Moms sending me gems. Also, it’s pretty clear who the Beyoncé of this group is, I mean, come on. Just LOOK at that banging velour two piece. #independentwomen #jkwearefour #80sfashun
Who’s excited?? Me!! 🙋‍♀️ I’m excited!! it’s about time I learn to cook some of this vegan food. #veganpadthai #vegancooking @lezbveganmoms ❤️🙃
Spotted in #bouldercolorado at @traderjoes while everyone was practicing social distancing standing at least six feet apart while waiting to get in to the store (only 40 people at a time for safety) and wonderful employees wearing gloves were offering water and bananas and hand sanitizer to those waiting. No one was complaining. Everyone was happy to be outside and I was happy to stock up on my favorite #vegan frozen foods. Solidarity. #coronadiaries
1. My goddess this is the most beautiful tarot deck. 2. I just pulled all major arcana for the first time so I’m about to get some learning on. V. excited. 3. Look it’s so pretteeeeeee. #tarot #tarotcards @the_wild_unknown
Five years ago I was in Venice with the girls. (One in utero.) Five years is somehow both nothing and eternity. #bravenewworld #veniceitaly #venicecanals #italy
Wtf even IS a quarantine bedtime? #quarantinedanceparty #socialdistancingdanceparty