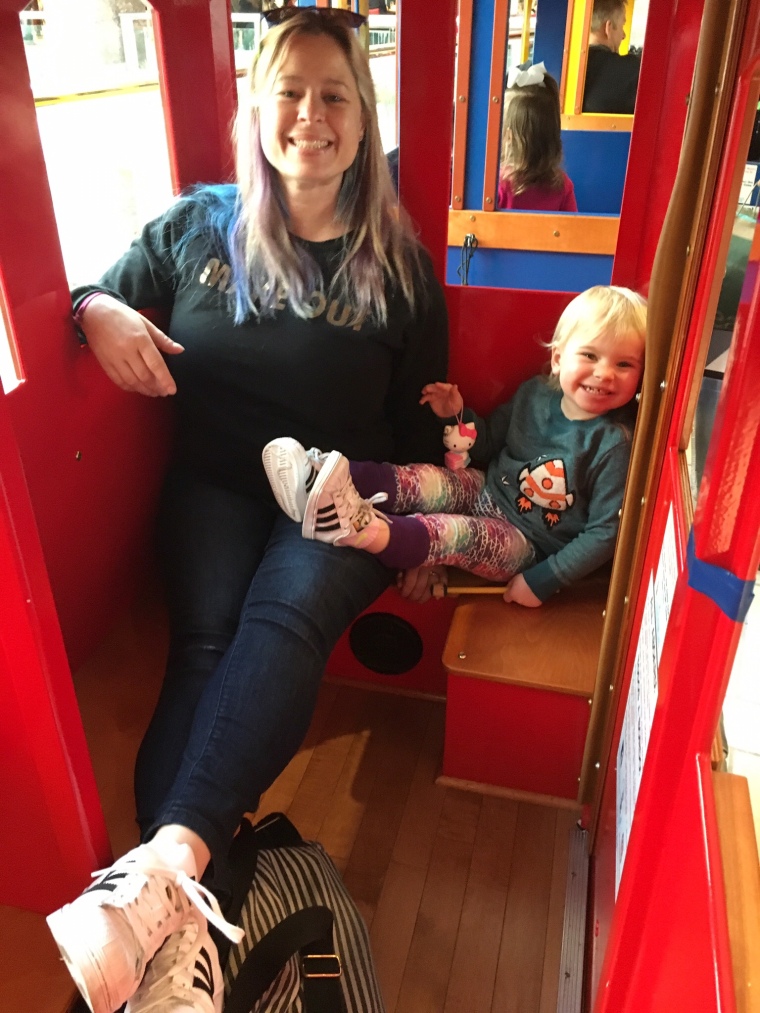 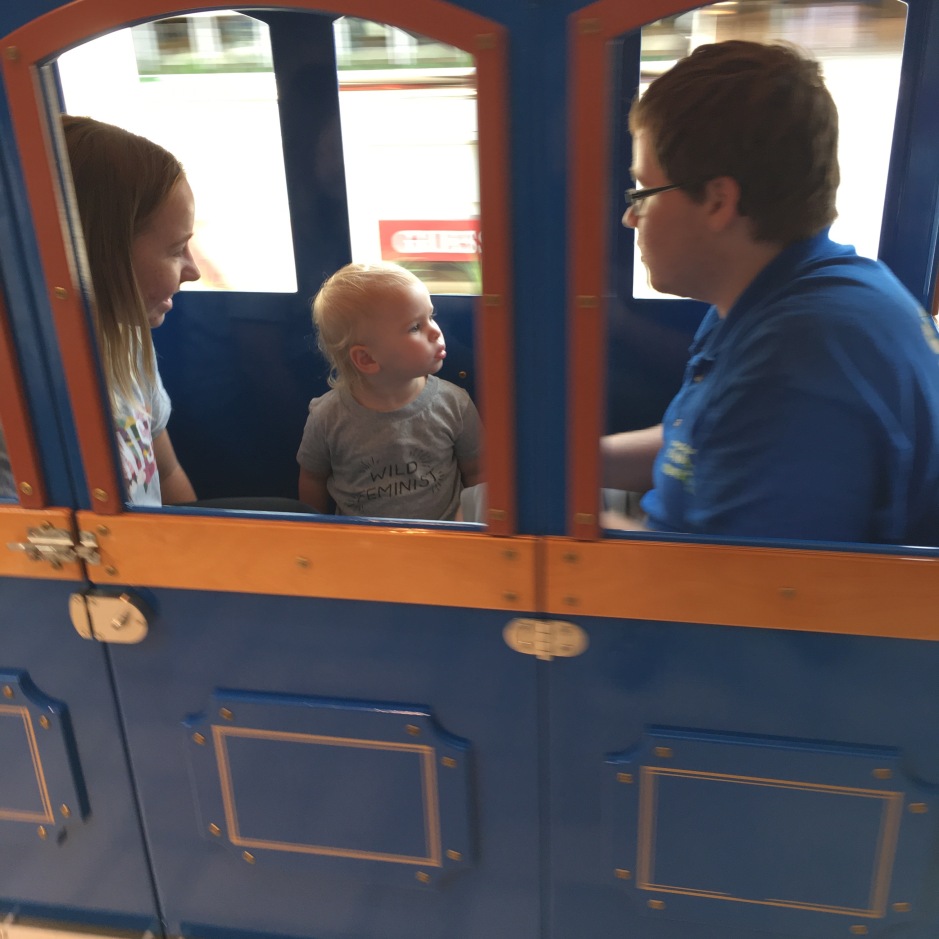 Have you been to an American Girl store lately? They used to be very DON’T TOUCH ANYTHING WE EVEN PUT THE TOYS BEHIND GLASS HANDS OFF! But now they have a playhouse and all sorts of toys out for the children to touch and play with and beg their parents to buy for them. Well played, Mattel.

Babystar doesn’t beg for toys yet THANK GODDESS but I know she will someday. For now, she just plays and plays and plays and plays and plays and doesn’t want to leave the fun toys. Who can blame her? She recently spent almost an hour playing in the American Girl store at Tyson’s Corner Mall. Adorably, her older sister stayed and played with her while my son and I ran errands in the mall. The Teenager has like nine American Girl dolls (I’m guessing — she might have ninety) so she was pretty ok with checking out all of Bitty Baby’s new swag. Apparently, Babystar took care of two babies while we were gone, and changed their diapers and fed them each bottles (which she called coffee HAHAHAAHAHA) and found them a nightlight and sang them the ABCs and put them to bed and then went to make dinner in the playhouse.

The ToddlerMonster is a much more organized mother than I.

So of course after hearing this, I had to buy her something for her Bitty Babys at home. If you have ever been to an American Girl store, you also know that the toy baby items cost more than their real world counterparts. I can get a pair of baby pajamas at Carter’s for under ten bucks but pajamas are twenty four dollars for these fancy dolls. Bitty Baby’s high chair is $48. Babystar’s Ikea high chair cost less than half of that.

I bought a set of two baby bottles for $6.36 with tax. The white one is for milk and the red one is for coffee, according to Babystar. (My Contigo coffee cup is red so I guess that is where she is making this connection. I swear I don’t give the toddler coffee. But she doesn’t drink milk out of a bottle either so I guess she is just winging it. A-plus for creativity.)

She also rode the (RIP-OFF) mall train that day. It cost me $15 because she wanted both her brother and her sister to ride and the dude charged me for both of my adult children. Jerk. (I’m still a little bit bitter but look how cute and SMALL Babystar looks with her older sibs. And look how CUTE they all look in the tiny train car together LOL.) 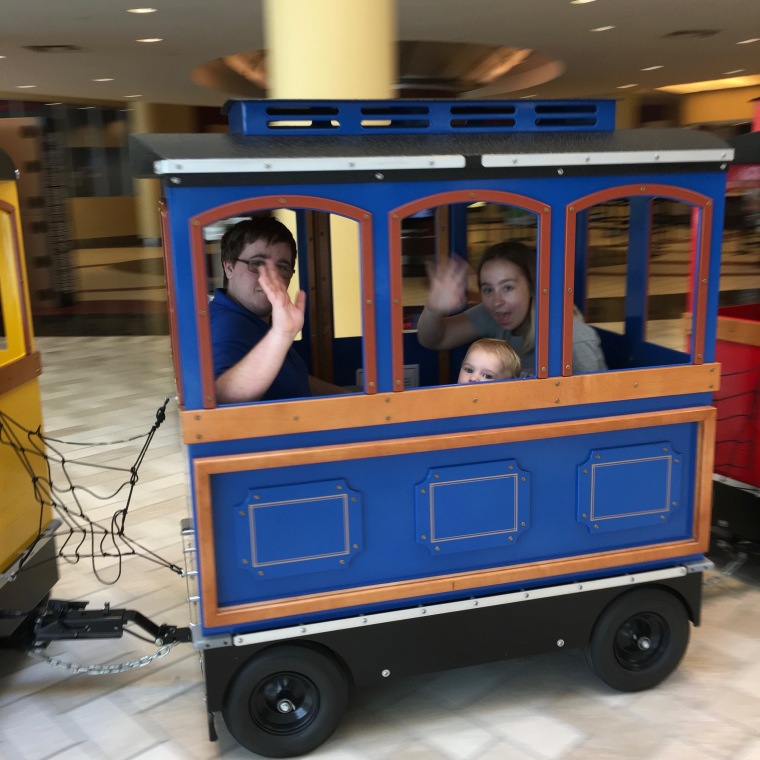