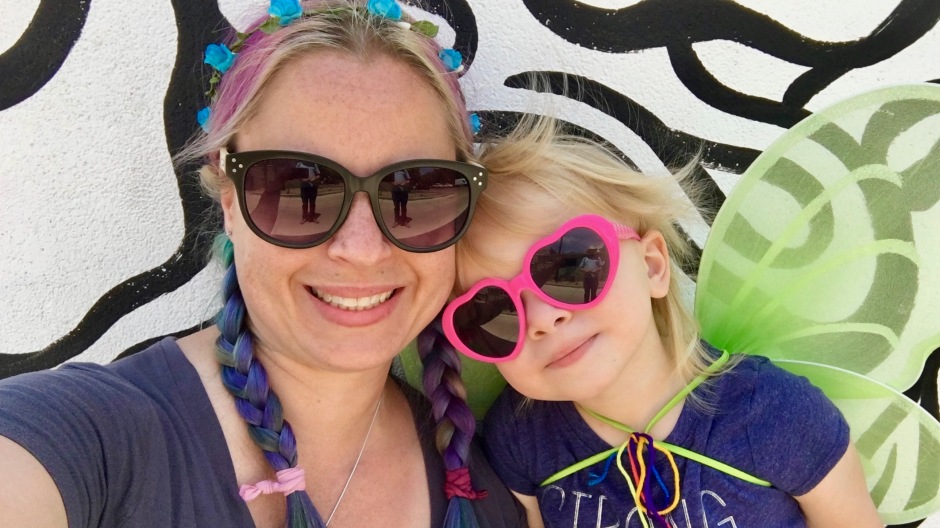 Does anyone remember that compilation from The Nineties that was a bunch of random bands reworking songs from Schoolhouse Rock? Evan Dando sang about the number zero and Skee-Lo and Mr. Morton schooled us all on verbs. I listened to that thing on repeat for a few years, as the older kids were tiny peanuts and cars had CD players and Spotify didn’t exist and parents were still in charge of the music in the car. Remember that?

I TOTALLY remember my mom and dad forcing me to listen to R.E.M. and Aerosmith and Led Zeppelin and The Rolling Stones when all I wanted to listen to was Tiffany and Debbie Gibson and Cyndi Lauper and GAWD MOM WHY ARE YOUR RUINING MY LIFE.

Obviously I now love The Rolling Stones and R.E.M. and would pay actual real live dollars to avoid listening to Tiffany and Debbie Gibson. I still have much love for Cyndi, though, and so does Babystar though she prefers when Justin Timberlake AKA Branch sings True Colors because it makes all the Trolls happy again as well it should because it is an amazing song and what are we talking about?

I found it! This one!! (If you click on it you can find out all the other artists but it’s also an affiliate link so choose your own choice and live your own truth. ❤ )

The song that is stuck in my head this week is Three is a Magic Number — the Blind Melon version. Babystar turns three today, and I think it really might be magic.

(You guys I think the elusive potty training switch has been flipped but I don’t want to jinx it but OMG YAAYAYYYAYAYAYYYYY!!!)

And sometimes she plays by herself and shares her things and she legit just offered me a fruit snack out of the blue to be kind and if you knew how much this child loves fruit snacks you would know that she is becoming VERY mature.* Three really is a magic number, y’all.

Also, I have just the BEST birthday party theme this year. Babystar is all in AND it is the easiest thing in the world. I’ll take lots of pictures today and share how to recreate this incredibly genius total cop-out tomorrow.

These pictures were from the Festival of Fae last weekend which was free but the wings were $5 and the fairie quest (that she abandoned two minutes in to go race unicorns instead — a decision I fully supported) was another $5. Also we got ice cream and hers was $4.

*Ok, so the fruit snack was in the shape of a carrot and she has recently declared a War on Carrots even though it tasted like an orange gummy bear but whatever. SHARING.