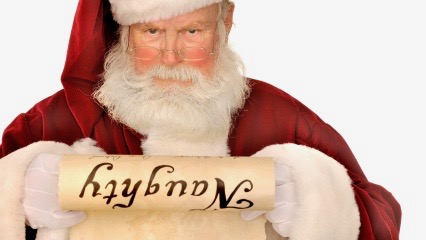 Santa’s not the only one with a list that goes on forever.

Sometimes I wonder why I am keeping track of every penny we spend raising Babystar.

That number at the bottom is mildly soul-crushing.

But keeping all of these notes is tedious and sometimes a bit boring. Not everything deserves it’s own post.

I bought a new outfit for Kelsey, which is Babystar’s favorite baby doll (these days). Kelsey is the cheap Honestly Cute brand baby doll from Target. (Babystar ignores her pricey American Girl Bitty Baby. It’s kind of hilarious.) I have no idea where Babystar heard the name Kelsey, but she named her all by herself. We don’t even know anyone named Kelsey. The $9.99 outfit was definitely a bribe, but I don’t remember for what exactly. Life, probably.

I bought a hat and mittens set for $7.99 because I couldn’t find any of Babystar’s hats. I later found three hundred hats in the closet.

I bought four sets of mittens for fifty cents each, hoping to have at least two mittens in the house at all times. I am not hopeful.

I have bought four really cool packets of on-the-go fun. They are little coloring books with a few crayons and stickers. You can find them for $1 each at Target or Micheal’s. We have already used the Rudolph one and the My Little Pony. I still have dinosaurs and Trolls in case of emergency. I really need to create my own busy bags. Maybe that will by my New Year’s Resolution. It’s nice and attainable.

Oh, and I spent $3.60 more on sticker packs. Usually as baby-be-good-bribes.

I broke my car-screen cherry with this kid and paid $3.99 to rent Trolls Holiday on my iPad last week for Babystar to watch in the car while we ran four hundred errands. Bonus: I now know all the words to Trolls Holiday.

Just kidding. I already knew all the words.

We paid $17.99 to buy Blue’s Clues Season 3 because we were tired of streaming the free Season 1. And Season 3 has the holiday episode. And  we both love Blue’s Clues.

We had a HUUUUUGE blowout while spontaneously out with friends a while back but luckily we were literally next door to a kid’s consignment shop. Like, the only one in my area. I bought her an adorable Marimekko outfit for $16.95 that is still too big but we rolled the pants up. I also paid $17.50 for used shiny gold shoes because I was a little stressed out and she wanted them even though she didn’t actually poop on her shoes. Thank goddess.

And we have two Advent Calendars for her this year. She loves her $2.59 ‘Snowman Chocolate’ (there is a picture of a snowman on the front) and remembers it every day and she is getting REALLY GOOD at finding and recognizing the numbers so I think we need these babies year round. I also got her a puzzle advent calendar ($4.95) that is less popular but she still likes it. After she gets her ‘snowman chocolate’ and cons at least one of her older siblings out of their ‘snowman chocolate’. Suckers.

We have a really cute snow globe ornament that has never made it on to the tree because  Babystar NEEDED it in Nordstrom Rack and then totally forgot about it. I just found it in the bottom of a bag the other day. Oh well. It’s pretty. And $3.97 is a fair deal for twenty minutes of Toddler Patience.

We also have a vintage Apple Dumplin’ doll. You know, Strawberry Shortcake’s little sister. She already has been separated from her socks and her turtle but they are around somewhere. Vintage toys on eBay combined wth one-touch PayPal and insomnia get me EVERY TIME. This one was $16.95. Plus I totally have Strawberry Shortcake and some of her friends wrapped under the Christmas tree, but Target wasn’t selling the retro Apple Dumplin’ doll. And Babystar loves Apple Dumplin’ thanks to her big sister showing her a few youtube videos. 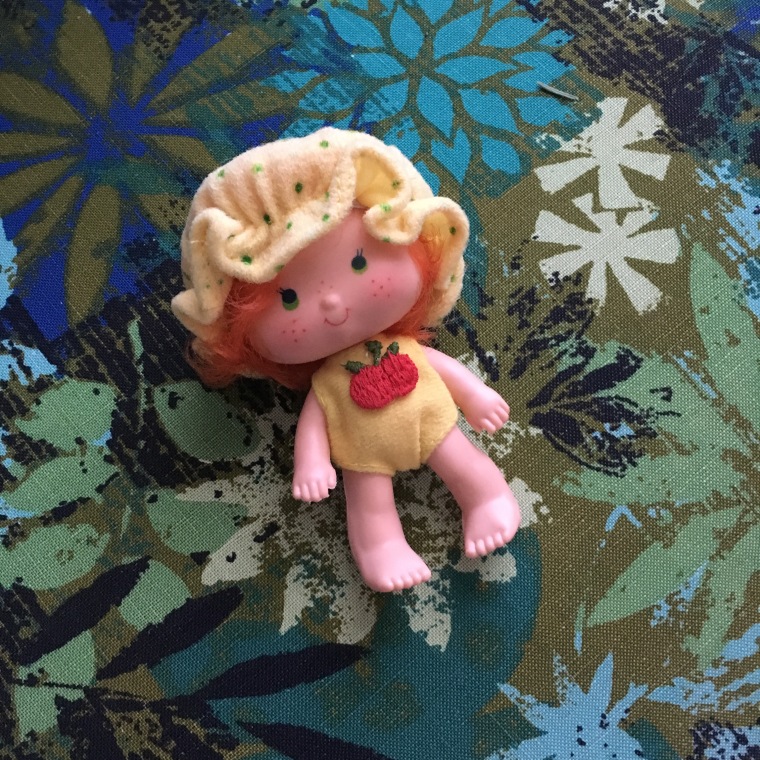 But Babystar calls her Apple Donut. Because what the hell is a dumpling? I love it.