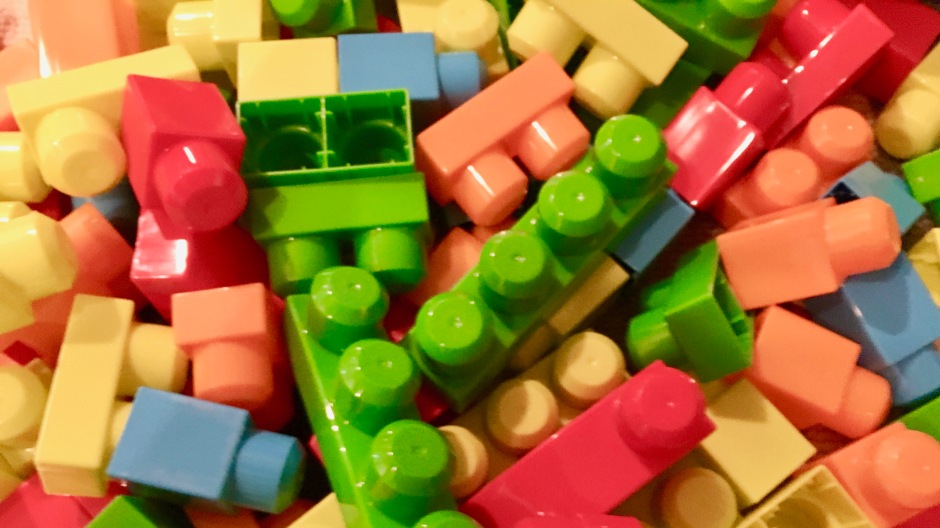 Babystar’s favorite game lately is called BUILD A TOWER SO TALL TO THE SKY. 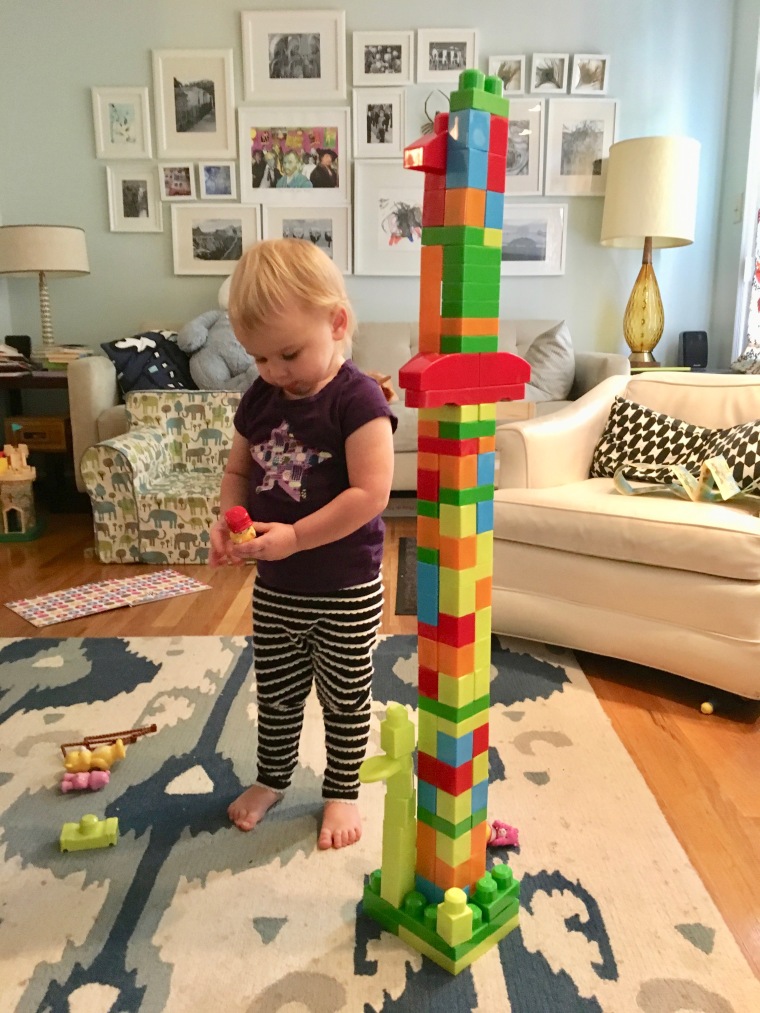 I have to use all caps so you can understand how to correctly pronounce the title of this game.

She has been playing this game with her very light foam blocks or her square wooden alphabet blocks with varying degrees of success.

This happened slowly. I innocently bought the 120-piece Treehouse Playdate pack of Mega Bloks for $14.99 from Costco one day. ($15.89 with tax.) 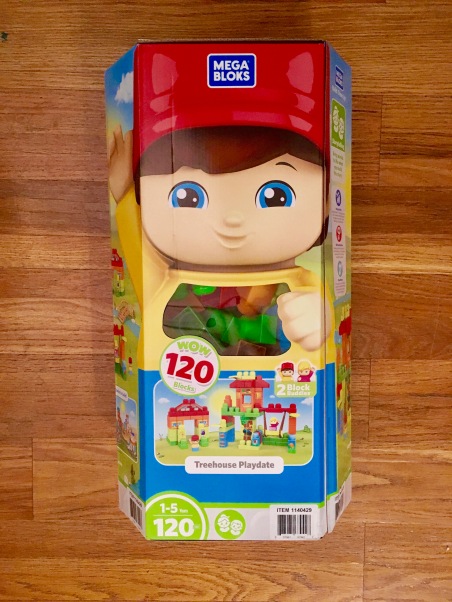 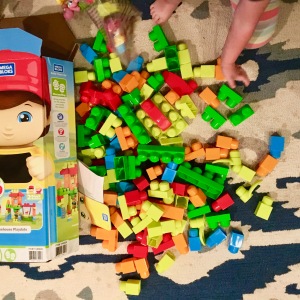 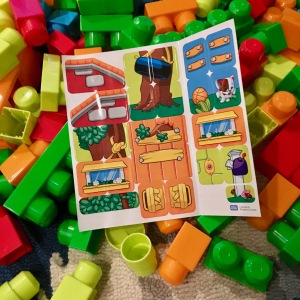 We came home and opened the box and built the tallest tower ever. It was taller than Babystar!!

I did some googling and realized that 120 blocks for $15 was a really good deal. The basic 80-piece pack is anywhere from $20 to $26 depending where you look. Unless you want the pink 80-piece set, which is mysteriously $14.99. I have found the exception to the Pink Tax. (Well, Mega Bloks and car insurance.)

I picked up another set the next time I was at Costco.

We really like the Mega Bloks. They are perfect for my toddler. They are basically Legos-in-Training. I know, I know, I totally love Duplos. But Duplos need a lot of snapping and pulling apart. The Mega Bloks just sort of sit on top of one another. And the protruding parts that fit inside the bottoms of the blocks are nice and big. This means they do not topple easily. Which is GREAT for my easily frustrated, poor-impulse-control-having, two year old ToddlerMonster when she is trying to build her TOWER SO TALL TO THE SKY.

(The set comes with stickers to make some of the blocks look like leaves or branches or whatever, but we threw those away. I personally think that stickers on blocks limit imagination, but you do you, boo.)

During a recent toy purge, I gave away the small set of Green Toys blocks that she had and never played with, along with a ton of other infant toys. This left an entire ottoman downstairs empty for Mega Bloks.

So I totally bought two more boxes of blocks. Fun fact: only three boxes will fit in the ottoman so one is still unopened just WAITING for one of her friends to have a birthday party. Or for us to get bigger ottomans, whichever happens first.