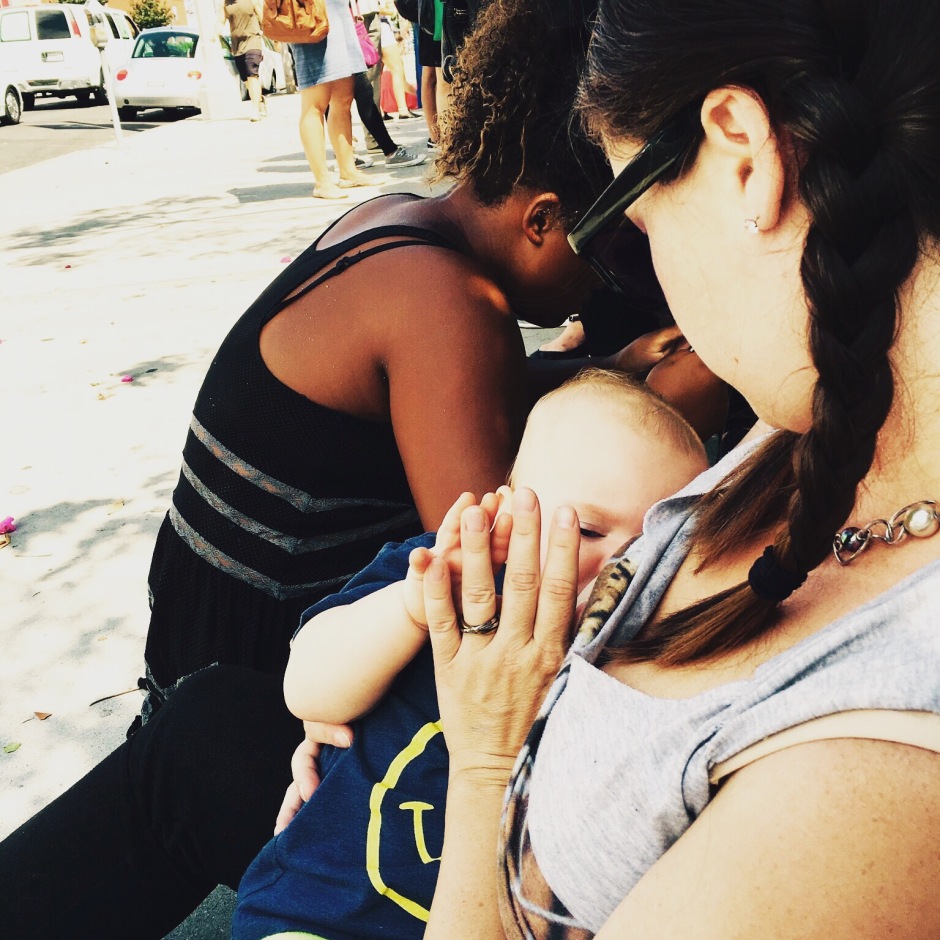 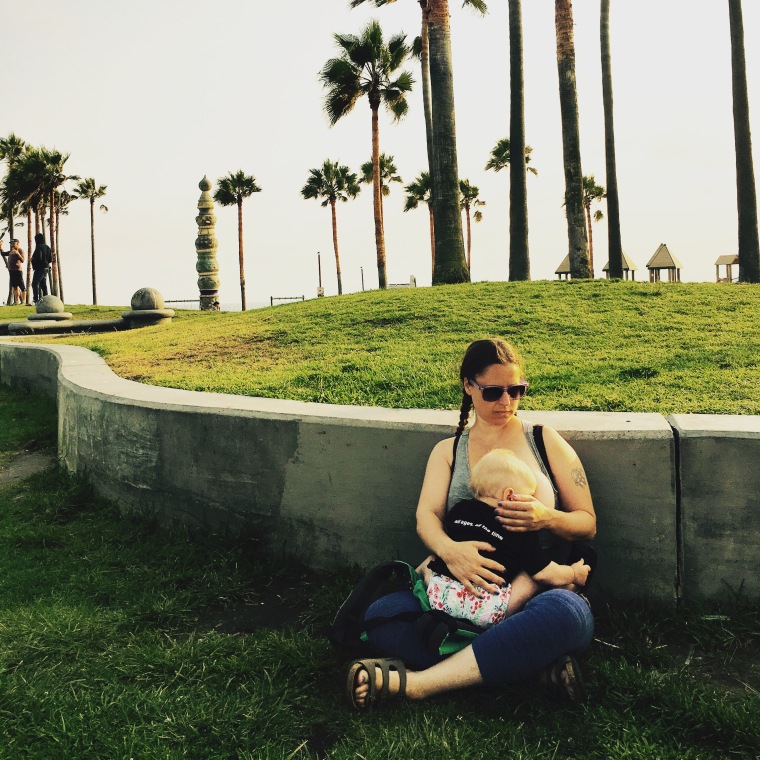 This week is World Breastfeeding Week AND the beginning of National Breastfeeding Month. I guess it makes sense to double down on this one.

Ahhh, breastfeeding. The sweet nourishment of mother’s milk to the quietly nursing angelic baby barely visible from underneath the stylish and tasteful blanket draped gently over the modest lady’s shoulder.

When I was breastfeeding my newborn, a small number of horrible people glared at me for not covering myself. The baby was small and I was not. Her head was still smaller than ONE of my breasts. But it was summer and newborns like to eat constantly. And like most people, my newborn baby did not like anything covering her face while she ate. Even if she did, I had to hold her and hold her neck so she didn’t die and how on earth would I have kept a cover on a wiggly newborn baby? Plus, I was postnatal and hormonal and BURNING UP and I didn’t want any more layers on myself, either.

Luckily I was mostly too tired to care about the glares. And what would I have done about it, anyway? In hindsight, I maybe should have carried around World Health Organization brochures or something, but honestly, it’s not like I was going to stop feeding my baby and walk over to someone to confront them for giving me a nasty look. But it did make me feel awful, so thanks, jerks.

Ok, to be fair, MOST of the people I encountered either averted their eyes or gave me a knowing smile or even told me that I was doing a great thing.

At least, that was true while the little nurseling was still a LITTLE nurseling.

Last year, my older baby was still nursing frequently, and we were out in the world much more often. Strangers often asked her age and told me that I would stop nursing once she got teeth.

EVEN THOUGH OUR DOCTORS TELL US THAT BABIES SHOULD NOT HAVE COW’S MILK UNTIL AT LEAST AGE ONE. Was I supposed to switch my ten month old to formula so strangers could feel more comfortable being around us?

Next came the jokes about how I should stop before she could ask for it. First of all, that doesn’t even make sense. I was so HAPPY when she could ask me for milk. I taught her the sign for milk so that she could tell me what she needed even before she could say the word. Because do you know what sucks? Trying to figure out why a crying baby is crying TOTALLY SUCKS.

Now that my toddler is two, she not only asks for milk but demands it. Sometimes (often) while simultaneously trying to pull my shirt up, because she knows where mommy keeps the milk. I usually tell her that she can have milk when we get home, but if she has fallen on the playground or been trampled in the soft play room, she gets her milk right away. Because I am her mother and mama’s milk comforts her. She gets hugs and kisses and sometimes milk and that is fine so stop glaring at us or shielding your four-year-old son’s eyes because that makes YOU the weird one, by the way.

Last spring, as I nursed my almost two-year-old in the Lobby of Somewhere, a mother that I had never met before told me that I was doing a good job. She said my toddler looked so natural straddling my lap and nursing and she could tell that we were old pros. And then she called me a good mom. I know that the other judgmental strangers shouldn’t bother me but they do, so I am very thankful for that woman. I think of her whenever I face negativity for nursing my toddler; I think of her often.

I have heard and read that I am selfish and narcissistic, that I am ruining my toddler emotionally, and even that I am confusing her sexually.

I have some questions for the Haters: How would you like it if I made disgusting faces at your child when he was sucking his thumb? How about if I said very loudly, right next to your child, ‘little girls shouldn’t eat apples because only babies eat apples’? Or maybe I should use my sweetest voice to directly tell your two year old that he is too big to wear diapers and he should be a big boy and leave mommy alone.

HEY BREASTFEEDING MAMAS: Have you encountered any static for nursing your little one? If so, how do you handle it? I don’t really want to be confrontational; I just want to feel comfortable feeding my child in the world.

37 thoughts on “My Milkshake Brings all the Glares to the Park.”

Magical Creature.
These issues do not have two sides. #blacklivesmatter
Just doing some normal everyday princess stuff over here.
Good morning, your highness.
This is Kaia. I love this woman. Today is Kaia’s birthday, which she is celebrating from an undisclosed location. Just how she likes it. Once, a million years ago (yes that’s right we are immortal witches), she had a birthday party for herself but people (that she invited) came to her house and she couldn’t deal so her and I snuck out. Of her own birthday party. ❤️❤️❤️❤️❤️
2020 lewks. Pandemic so wide I gotta wear shades.
%d bloggers like this: