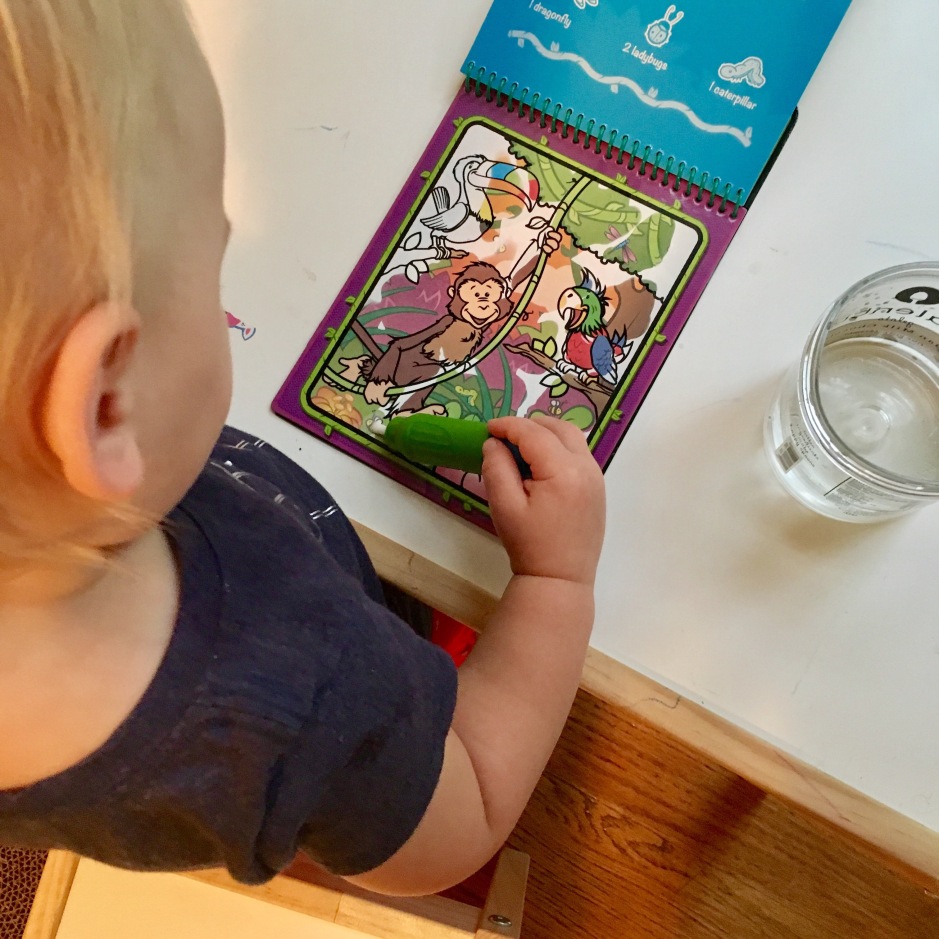 Melissa and Doug have done it again. We already love their puzzles and toys and stickers, so I am not at all surprised. But DUDE have you checked out their toddler art sets!? I am particularly referring to the Water Wow! painting books ($4.99). Babystar LOVES this thing. She calls it her ‘art show’. She can paint the pad with water and it will color in the picture plus add a few surprises like birds in the sky or starfish in the sea or whatever. They are marketed as on-the-go activities, and I did not realize until writing this post that the ‘paintbrush’ actually unscrews so you can add water to it and you do not actually need a cup of water for the tiny artist. I did wonder why the brushes were so chunky, but I just thought it was because they were made so perfectly for toddler hands. (I am clearly a genius.) Plus the cup of water is a sensory activity. Right?

Protip: dab the pages with a paper towel when your child finishes to avoid them sticking together. And lay the books on their side with the pages fanned out to dry. They will dry clear and are actually totally reusable. We are on about six times now (in only a few days) and the Water Wow! book is still as good as new.

I also bought a Melissa and Doug stamp pad ($5.99) and a Color Blast marker coloring book ($4.99) at the same time. I’m saving the stamp pad and marker book for later, though. 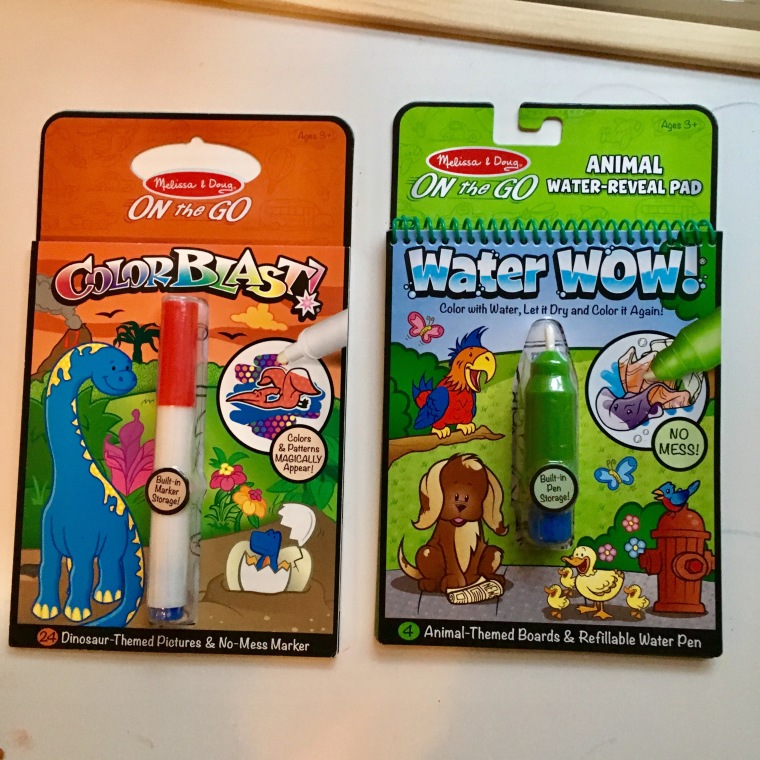 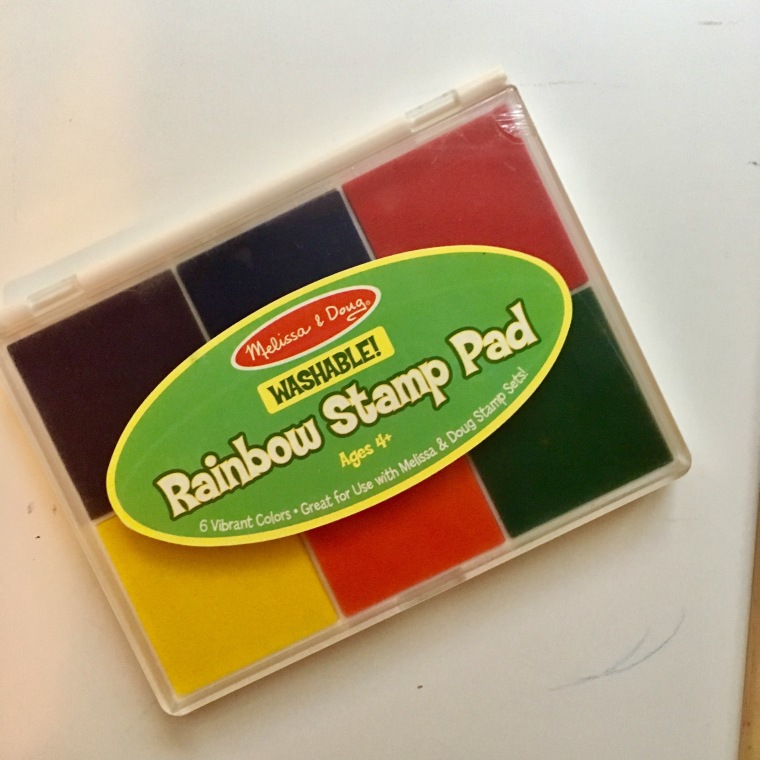 I like to dole out new toys a bit at a time. Once I show her the stamp pad, THERE IS NO TURNING BACK. I know this. I almost feel like a bad mommy because she got a ton of little stamps in her easter basket but she has no stamp pad. But right now, she still likes naming the animals on the stamps and has not even asked for a stamp pad. She knows that stamp pads exist. She loves to play with them at Nook. So I know that once they are available at home, THAT WILL BECOME MY WHOLE LIFE AND I AM NOT READY FOR THAT JELLY.

The stamp pad totally says washable and I have high hopes. But. I believed Crayola once too, so we’ll see. Washable = it will totally come off but be prepared to scrub really hard, mama.

I also recently purchased a Magic Ink Moana coloring book from Amazon as a fun new toy for her sister to give her when she babysat her recently. It was $6.50 at the time but I see now that the price has gone up. Babystar was underwhelmed, but I think it was just a bit too old for her. The marker tip was a bit too small to hold a toddler’s attention for revealing the colors. Though she did play with it for about an hour, I’m told. Mostly, though, it isn’t just a coloring book but more of an activity book. It would be great for older Moana-lovers on a road trip or something; it has games and mazes and such. I’m hoping the Melissa and Doug marker book will be more toddler-focused.

MAYDAY MAYDAY: Has anyone found any truly washable markers? Do tell! Pretty please.