It used to belong to her cousin V, and some of the balls were crushed in the past two years. Babystar has upped her stunt game to include diving head first into the ball pit, so we decided to Amazon Prime a few more balls for some extra cushioning. $38.16 for two packs of 250 Fisher Price balls.

Guess who stopped by when there happened to be a giant Amazon box on the front porch? Yes, the awesome uncle who makes ball pits appear in the living room as if by magic brought the box in with him. Of course I had to let him dump all the new balls in the ball pit for Babystar. She stared up at him with so much joy. I think she likes him better than me now. I think she likes him better than PENGUINS now. 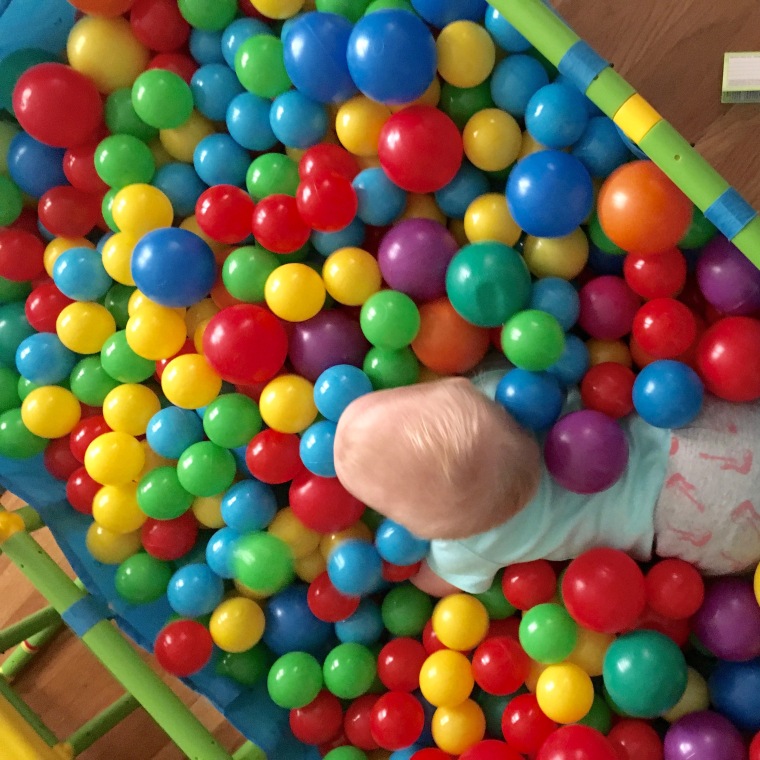 Babystar looks like a little turtle swimming in all those balls with just her head popping up. The new balls were smaller than the original ones, which actually makes for a nice mix. After two days of picking up ballsballsballs and putting them back in the ball pit, I took some out and hid them in a closet downstairs. She didn’t even notice, and now we have backup for when some of these get squished or lost or whatever happens to small plastic balls in this big scary world.

One thought on “Ballin’.”