Have you heard of NaBloPoMo?

I think it started after NaNoWriMo, which is National Novel Writing Month (or something close to that). NaBloPoMo stands for National Blog Posting Month, and participants commit to posting every single day in November. I like short-term challenges due to my short attention span, so I totally joined up.

I made it three days, y’all.

But I am not giving up. I’m hopping back on the horse, picking up my boots, or some cowgirl metaphor like that, and getting back to it.

Dude (get it, because cowgirl). Everyone in my house was SO.FREAKING.SICK.

Babystar started puking on Halloween and the poor baby’s tummy is still not right. Does anything smell worse than baby diarrhea? Short of death itself? Name something, because I cannot think of a single damn thing.

You don’t want to read anymore do you? Don’t worry, I won’t describe it. I want to. No one here will let me share my pain with them. The Teenager legit said ‘Mom, we can talk about anything you want. Anything. Except that. No one wants to hear it.’

I know. BUTOMG. I even tried discussing it with Babystar and I KNOW she can understand me because even she looked at me like why are you telling me this? Which is totally unfair because SHE DID IT.

I put a cloth diaper on her last Wednesday when I thought the coast was clear. The coast was not clear. I almost threw the $35 diaper straight into the garbage. I didn’t; I traumatized myself for life instead. Hey Cloth Diaper Mamas, what do you do when baby is sick? I’ve been buying disposables. (Holy crap they are expensive to use all the time! Of course, that cloth diaper cost $35, which admittedly was the most expensive diaper I’ve ever purchased and I don’t know why I put THAT one on her as a test but still.) So far since Monday I’ve bought three packs of Pampers at $9.99 each from Harris Teeter.

So this weekend I’m partying with two long lost friends: Clorox and Lysol. I usually use less harsh things to clean, but this feels necessary. Get thee behind me, Germs! Besides, our parents cleaned with actual bleach and we all survived. 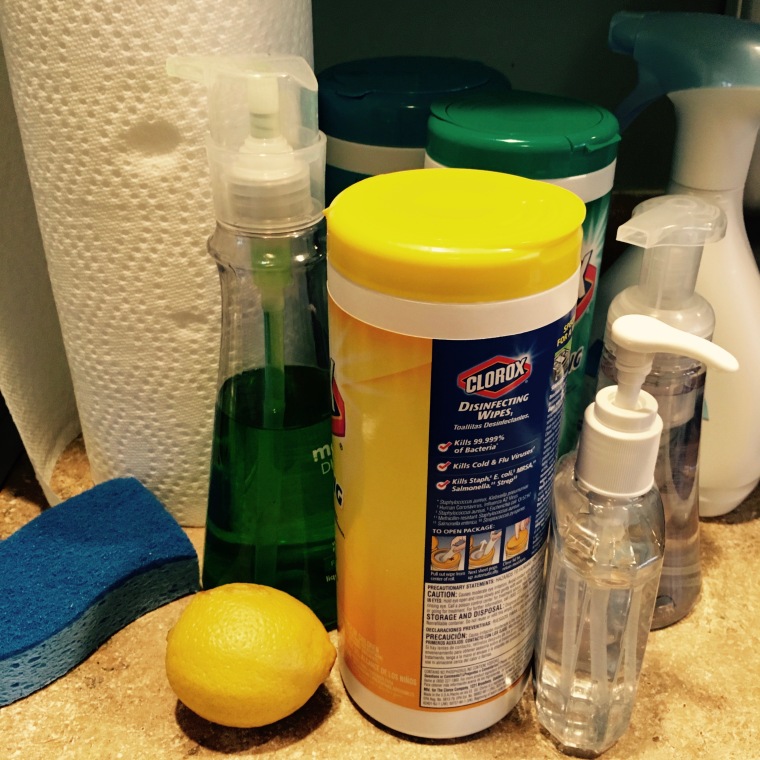